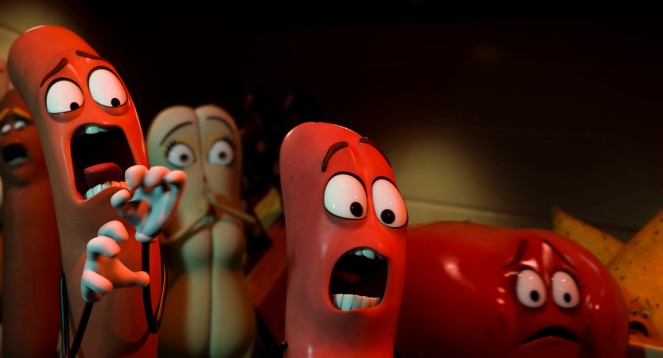 We’ve come to know what to expect from films written by Seth Rogen and Evan Goldberg, and their stoner brand of comedy has become instantly recognisable. The latest project from the pairing sees their signature humour animated in Sausage Party, directed by Conrad Vernon and Greg Tiernan. Taking place in a supermarket called Shopwell’s, the plot follows Frank (Seth Rogen), a sausage who is packed alongside pork pals Carl (Jonah Hill), Barry (Michael Cera) amongst others. His hotdog bun girlfriend Brenda (Kristen Wig) sits on the same shelf with her doughy friends, and the couple eagerly await being picked up by a human, referred to here as ‘Gods’, and to be taken through the exit to ‘The Great Beyond’ where they can come out of their packaging and be together. After an incident on aisle three, Frank clashes with Douche (Nick Kroll) which leads to a shocking discovery that will change their lives forever.

END_OF_DOCUMENT_TOKEN_TO_BE_REPLACED 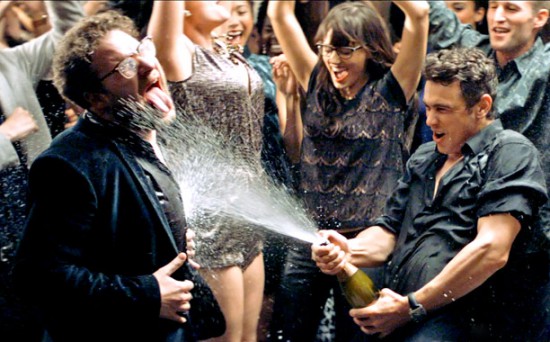 At the best of times, the filmmaking partnership of Judd Apatow school of stoner comedy graduates Seth Rogen and Evan Goldberg isn’t to everyone’s taste. Their latest collaboration though, due to its controversial storyline, has caused a stir like no other leading to distribution complications with Sony Pictures Entertainment and the much publicised talk of nuclear threat against America. Whilst Rogen’s writing and directing bond with Goldberg continues off-screen, his bromance with James Franco grows on it, and the two play the leading roles of TV producer Aaron Rapaport and talk show host Dave Skylark respectively. When their show Skylark Tonight is lambasted for being cheap and only interested in throwaway celebrity culture, they set their target on a more serious news-piece to silence the critics and before long, an opportunity presents itself for Dave to interview supreme leader of North Korea Kim Jong-un. CIA Agent Lacey (Lizzy Caplan) then intervenes, giving instructions to ‘take him out’.

An uneasy mix of politics and toilet humour, the style and the substance of the narrative couldn’t be further apart. The comedy often works but apart from the opening segment involving an excellent Eminem cameo, the strength is contained within the little gags and quippy one-liners rather than the more over-the-top setpieces. As crazy as this sounds, the plot actually gets more ludicrous as it develops, the two friends splitting off into their separate paths as Dave bonds with Kim Jong Un over their mutual love of Katy Perry while Aaron enjoys a lustful pathway with Kim’s regimented propagandist Sook Yung Park. Performance wise, I’ve seen Rogen and Franco on better form and though some of the dialogue is lazily written, it’s fun to see them bounce off one another. Lizzy Caplan brings her Masters of Sex sauciness to the table effectively, tossing herself into a minefield of innuendo. Credit should also go to Randall Park who takes the part of Kim Jong Un. His turn is brave despite essentially being a caricature and figure of ridicule.

For the film that could’ve started World War III, or so Sony would like us to believe, it is largely anti-climactic. More silly than side-splitting though it does have the odd moments of hilarity as well as surprisingly stunning cinematography when the story moves into Asian territory. Perhaps the ambitious premise is a step too far for the masters of juvenile joviality as it just wasn’t funny enough. Their next team project is a 3D animated comedy called ingeniously titled Sausage Party, which from the sounds of it will be much better suited to their line of work. ‘The Interview’ isn’t in the same league as Pineapple Express or the apocalyptic hit This is the End, but for avid fans of this knob-joke laden brand of cinema, it is worth downloading to watch in the comfort of your own home, or wait until it’s on Netflix. 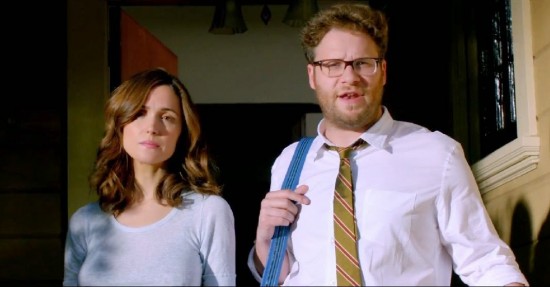 From the guys that brought you Knocked Up, Superbad, Pineapple Express, This is the End…the list goes on and you know what to expect by now. This new wave of stoner comedy is producing films as thick and fast as the cheap knob-gags in Seth Rogen’s new comedy ‘Bad Neighbours’, or just simply ‘Neighbors’ in the US. Directed by Nicholas Stoller, the plot sees Rogen and Rose Byrne, as married couple Mac and Kelly, move into their first family home with newborn daughter, Stella. They have embraced their new ‘grown-up’ family lifestyle but still have the urge to party, so when a fraternity fronted by Zac Efron’s ringleader Teddy moves in next door, they are reminded of the carefree existence they used to have, leaving them less than impressed. This sets up a neighbourhood rivalry filled with jealousy, resentment and ridiculous pranks.

There is perhaps a little more going on than you’d expect from the Goldberg-Rogen pairing as ideas are raised around the changes in a young person’s life when they take on the responsibilities of parenthood. It’s like a delayed coming-of-age tale concerned with the transition into thirties rather than twenties. Does bringing a life into the world end the life of the parents, or a certain aspect of it at least? This theme runs through the film but is disguised by silliness that doesn’t quite get funny enough. The smaller jokes work best, and there are a few nicely written one-liners but laugh-out-loud moments are too few and far between.

Seth Rogen is on form playing essentially another version of himself, and his trademark laidback personality is as watchable as ever as he delivers his pop culture loaded dialogue. Rose Byrne is equally as good, and is a natural within the improvisational style associated with films of this ilk. Zac Efron also puts in a solid performance, and doesn’t seem out of his comfort zone among the experienced comedic actors. The usual faces crop up in the supporting cast, such as Christopher Mintz-Plasse and Dave Franco and to an extent, they fit their purpose but from the smaller parts, it is British rising star Craig Roberts who impresses the most as the laughing stock known as Assjuice. As the momentum dips around halfway, his cameo helps pick it back up again. His understated manner of black Brit-comedy finds an odd but pleasurable match with the bolder, eccentric Yiddish approach.

‘Bad Neighbours’ has a smartly written script and a great use of physical humour and because of this, it will slide in nicely amongst other films of its kind. By now, the aforementioned ‘guys that brought you…’ have finely tuned their target audience and know exactly which buttons to push to wedge a lot of sniggers and immature laughs into a neat 90 minute movie. There are moments when the film hints at a slight change in direction, showing signs of mature undertones, but then, right on cue, sneaks out for a crafty J when the boss isn’t watching. 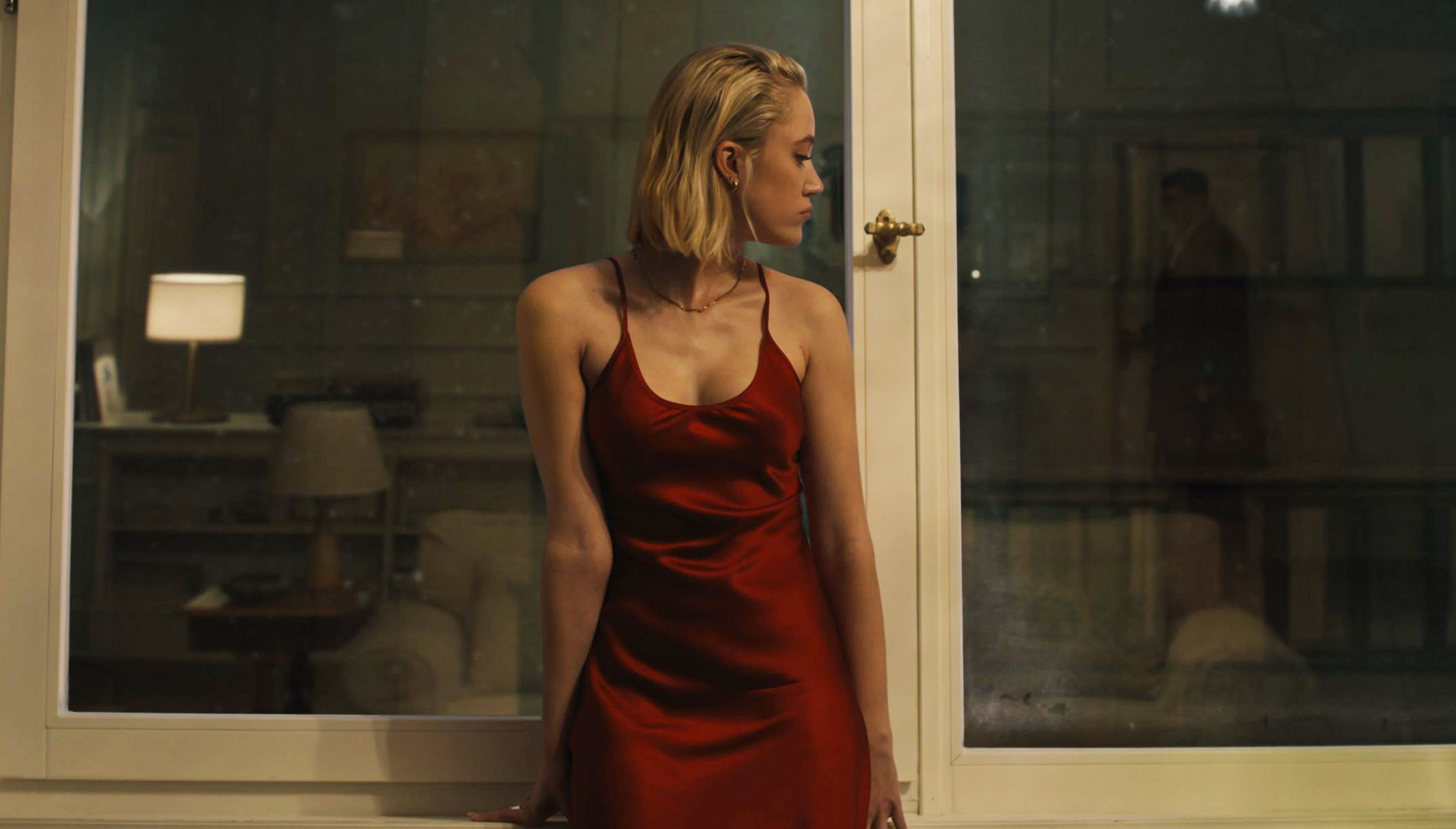 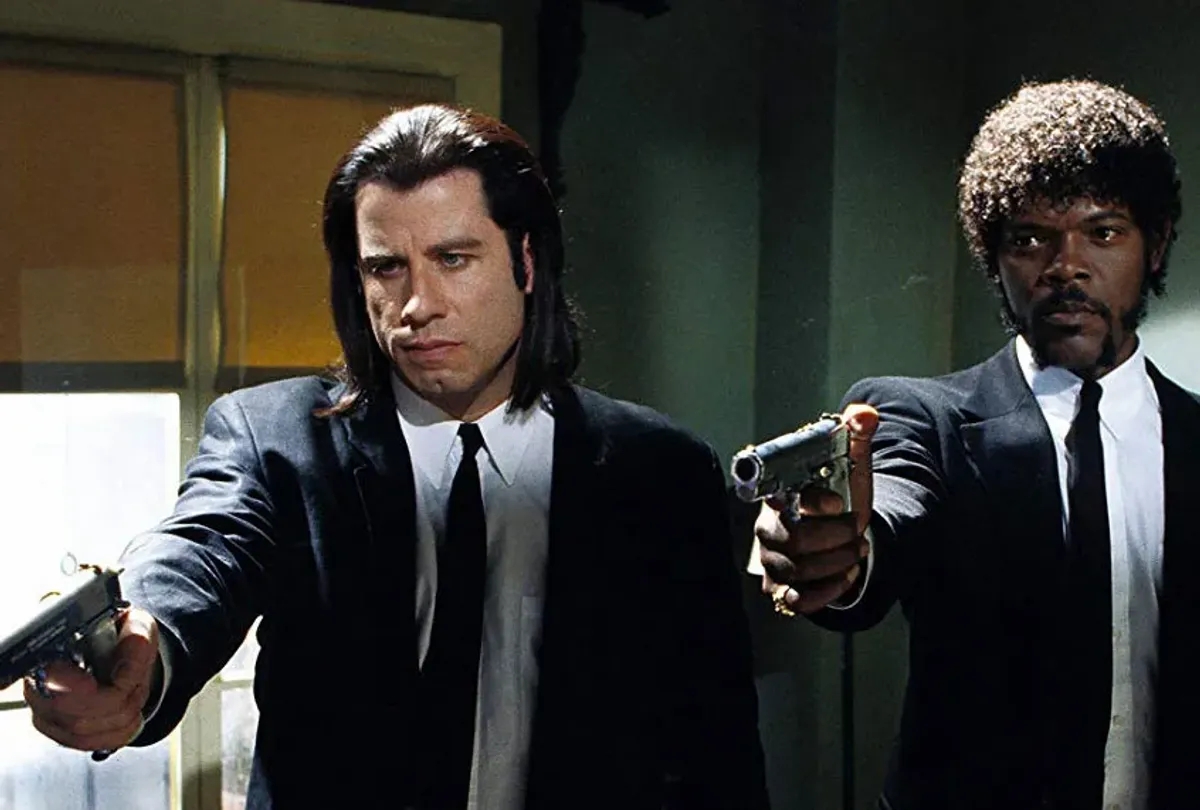