Writer director Ninian Doff carries forward his filmmaking flair from music videos into his feature debut Boyz in the Wood, a coming-of-age comedy set in the Scottish Highlands. The story follows four teenagers as they embark on an orienteering trip, competing for the coveted Duke of Edinburgh award. Misfits miscreants Dean (Rian Gordon), Duncan (Lewis Gribben), and DJ Beatroot (Viraj Juneja) are joined by do-gooder Ian (Samuel Bottomley) for the great adventure, but they soon run into trouble when they lose their map and encounter some eccentric, unwelcoming locals.

END_OF_DOCUMENT_TOKEN_TO_BE_REPLACED

With the central character approaching thirty and spending her days making talking thumb videos in her mum’s garden shed, the theme is less coming-of-age and more coming of the aged in Rachel Tunnard’s indie oddball comedy Adult Life Skills. Anna (Jodie Whittaker) is encouraged to move out and conform to societal expectations by her mother Marion (Lorraine Ashbourne) and grandmother Jean (Eileen Davies) but flat-out refuses, still grieving from the untimely death of her twin brother. When she reunites with school friend Fiona (Rachael Deering) and finds common ground with troubled next door neighbour Clint (Ozzy Myers), she is forced to face up to her problems.

END_OF_DOCUMENT_TOKEN_TO_BE_REPLACED

Indie writer and director Jamie Adams rounds off what is referred to as his ‘modern romance trilogy’ with ‘Black Mountain Poets’; a mistaken identity comedy of errors. His improvisational trio of movies began in the music industry with Benny & Jolene before tackling the festive period in A Wonderful Christmas Time. Concluding on a slightly darker note in the poetic, yet wacky world of wordsmiths, we meet con-artist sisters Lisa (Alice Lowe) and Claire (Dolly Wells) as they commit the latest in their series of petty crimes and are forced to go on-the run. To keep a low profile from the pursuing authorities, they grasp at an unexpected opportunity to assume the identities of another set of sisters, who happen to be well respected bards expected at a camping trip with their creative crowd of poetry enthusiasts. Can they keep up the pretence for an entire weekend of writing and recitals, or will they be unmasked as the fraudsters they are?

The narrative is thematically deeper and darker than the other films Jamie Adams has made, and I think this is because the fun is poked at older characters with less time left to make a mess of their lives. Lisa and Claire live their lives with little direction and although there are still laughs, there is an underlying sadness that goes along with them. The Allen-esque struggling artist idea toyed with in Richard, the brooding man that comes between the sisters played by Downton Abbey’s Tom Cullen. The improvised script is playful but razor sharp as the cringe-inducing scenarios are executed naturally, avoiding the staged awkwardness that can plague comedies of the same ilk. Lowe and Wells excel in their co-leading roles, as their alter-egos enjoy screen time with one other, lampooning not just each other but everyone around them. Excellent support comes from Rosa Robson as Richard’s on-off snooty girlfriend Louise and Richard Ellis is hilarious as possibly the most Welsh man alive, Gareth Jones.

Filmed in just five days, ‘Black Mountain Poets’ is low-budget brilliance. The ‘modern romance trilogy’ has matured and gives an assured and interesting finale which has all the attributes of the predecessors and more to boot. It is tightly written and intimate yet the story unfolds on the wide and wonderful landscape of Wales’ black mountains. Despite the bizarre predicaments Jamie Adams’ characters find themselves in, they offer up a brutally amusing yet entirely relatable and down-to-earth representation of the highs and lows, or in this case the peaks and valleys, of life as a British adult who should really be settling down by now, but doesn’t quite know how. 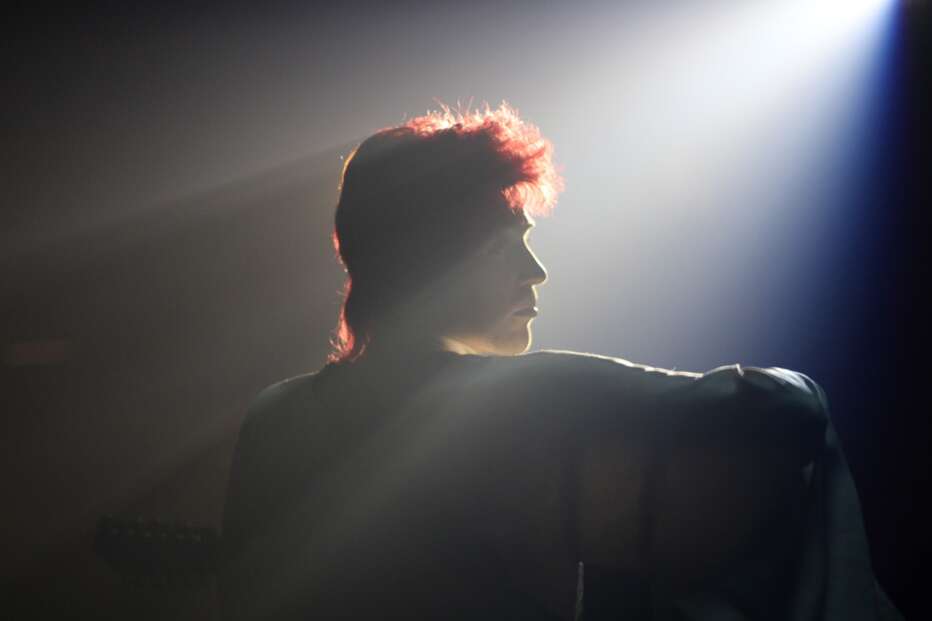